Google is not bluffing 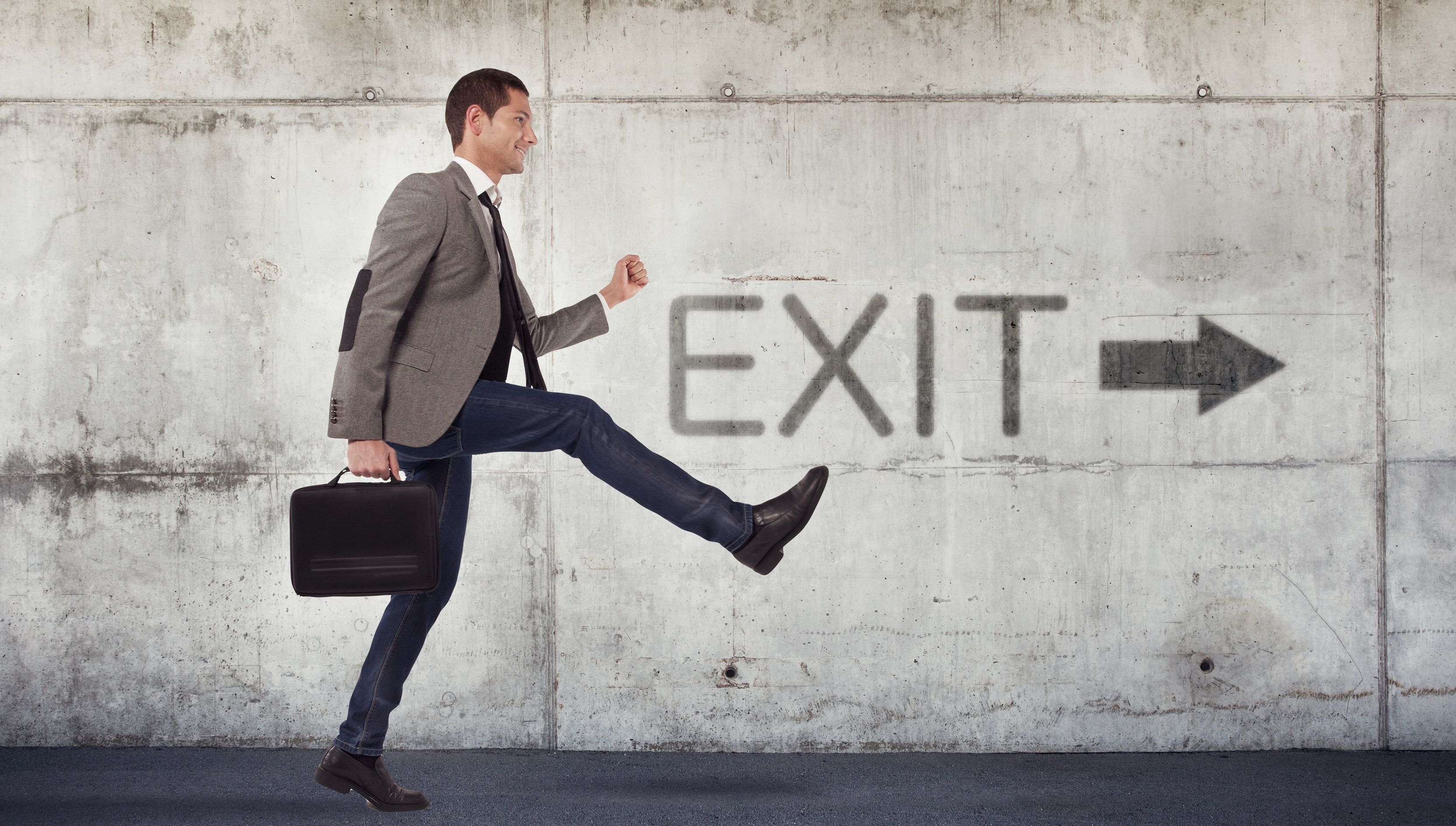 Google is being backed into a corner by the Australian Government on the Media Bargaining Code. A code that both Google and Facebook have said is ‘unworkable’. And like any cornered animal, it will come out snapping, or is it really cornered at all?

This situation reminds me of the Vietnam war. Why? Because they have some similarities in a few areas. Firstly, the Vietnam was really a proxy war between the USSR and the USA on communism vs. capitalism. After WW2, emerged many war-torn and ravaged countries. Communism was the promise of a system that would get it right. As more countries in the Indochina region subscribed to this new system, the USA decided it had to stop it at all costs. This was coined at the Domino theory.

So who is the communist when it comes to Google?

The “communist” is the Media Bargaining Code and the “domino” is Australia. Google cannot allow a precedent to occur and therefore will judge the potential damage on a global scale rather than an AU scale.

Did you know that the Vietnam war lasted 20 years and cost the American taxpayer 863 billion $USD. Google has globally accumulated the same amount of money in revenue as the cost of the Vietnam war within just 18 years. 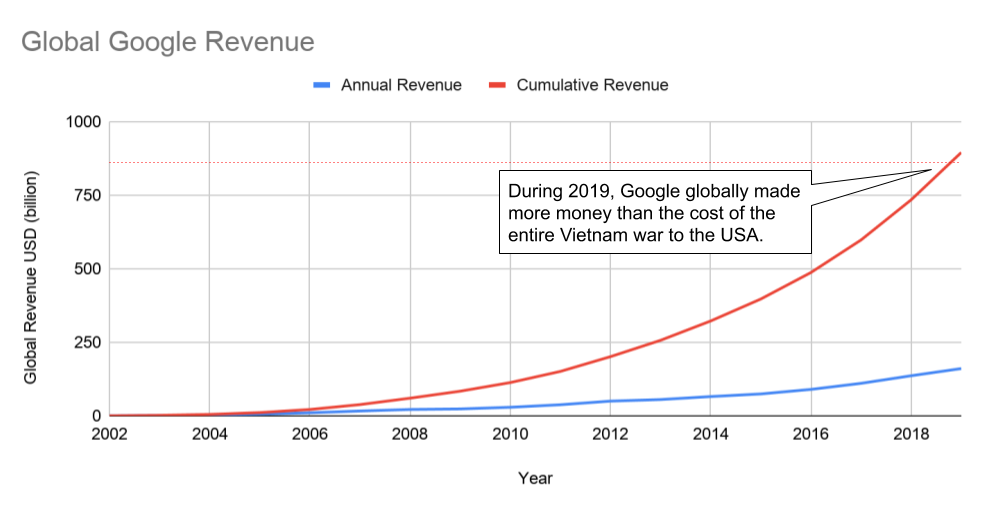 In 2019, Google achieved a revenue of 160.8 billion USD. By comparison Australia represented 3.3 billion USD which is a 2% contribution globally. Will Google allow this 2% to set a precedent that an ‘unworkable’ deal will be accepted in Australia. The answer is, no.

In comparison, Google FR made 2.75 billion USD in revenue for 2019 (source eMarketer, June 2020), which accounts for 1.7% of global revenue. Headlines at the end of last year reported that “Google is set to reach a deal to pay French publishers for their news”. So in effect, there is actually a precedent of a country forcing these types of regulations on Google, and a country that “on the books” generates less revenue than Google AU.

In a preemptive move from Google, News Showcase was launched in Australia just last week with 7 publishers already signed-on.

Whilst the possibility of an Google AU exit is real, it is still very small. Google’s redaction of search in Australia is just that. All of Google’s other services such as YouTube, Gmail, Marketing and Cloud products such as DV360 and BigQuery will remain.

In fact, even Google.com will remain. Australia would be crazy to block the population’s internet access to Google.com as that really would equate to a communist regime as seen elsewhere globally. However, that’s not to say that Google themselves would block Google.com to be accessed from Australia as the News Bargaining Code is not necessarily restricted to Google.com.au.

Does this mean Australians will no longer be able to continue using Google.com? It’s possible that large-scale workarounds could come into force. For example, businesses may implement proxies or VPNs that allow their employees to continue accessing Google.com in order to maintain competitive advantage. Phone apps and third party browser plug-ins may provide simple workarounds to non-technical audiences to keep Googling.

At this point in time, there is really only one straightforward mitigation strategy for paid search:

Preparing Microsoft Ads - Sitting at 3.5% market share in Australia, Bing is eagerly waiting for its time to Shine. Last week, the Microsoft CEO spoke with Scott Morrison to confirm they support the proposed Media Bargaining Code. We recommend that businesses at least have an account setup with Microsoft Advertising that’s ready to ramp-up if the worst happens. Ideally, start with the top performing Google Ads campaigns to get a feel for the platform and increase your budgets until you reach an equivalent level of profitability.

Google.com - is a bigger ‘what-if’ because it would rely on some internet deviousness (remember the good old days of your MP3 collection?). Whilst advertisers on Google Ads can target at a country level, Google does not allow for targeting individual Google TLDs (i.e. .com, .co.uk, .com.au, etc). This means that it’s possible for Australian Search Ads to be served to you on Google.com. However, if Australians cannot access Google.com without using a workaround to access it (via a VPN that is faking their country of origin), then any Google Ads targeting Australia will not be triggered because it thinks you are from somewhere else. Perhaps the only way for businesses to remain competitive here is to renew their SEO efforts on Google.com.

Where Does This End?

If the Vietnam conflict is anything to go by, the front-line moved from one side of the country to the other, leaving devastation felt by generations. In the end, the “west” lost the war and quietly withdrew leaving a communist party behind. Is this an omen for Google’s stand?

Disclaimer: My analogy of the Vietnam conflict does not mean I equate the atrocities to be remotely on same planet as the first world problem of Google Search withdrawing from Australia. We’ll manage!

Robert Lloyd is a Consultant and Partner at Louder, leading marketing transformation programmes for innovative clients.