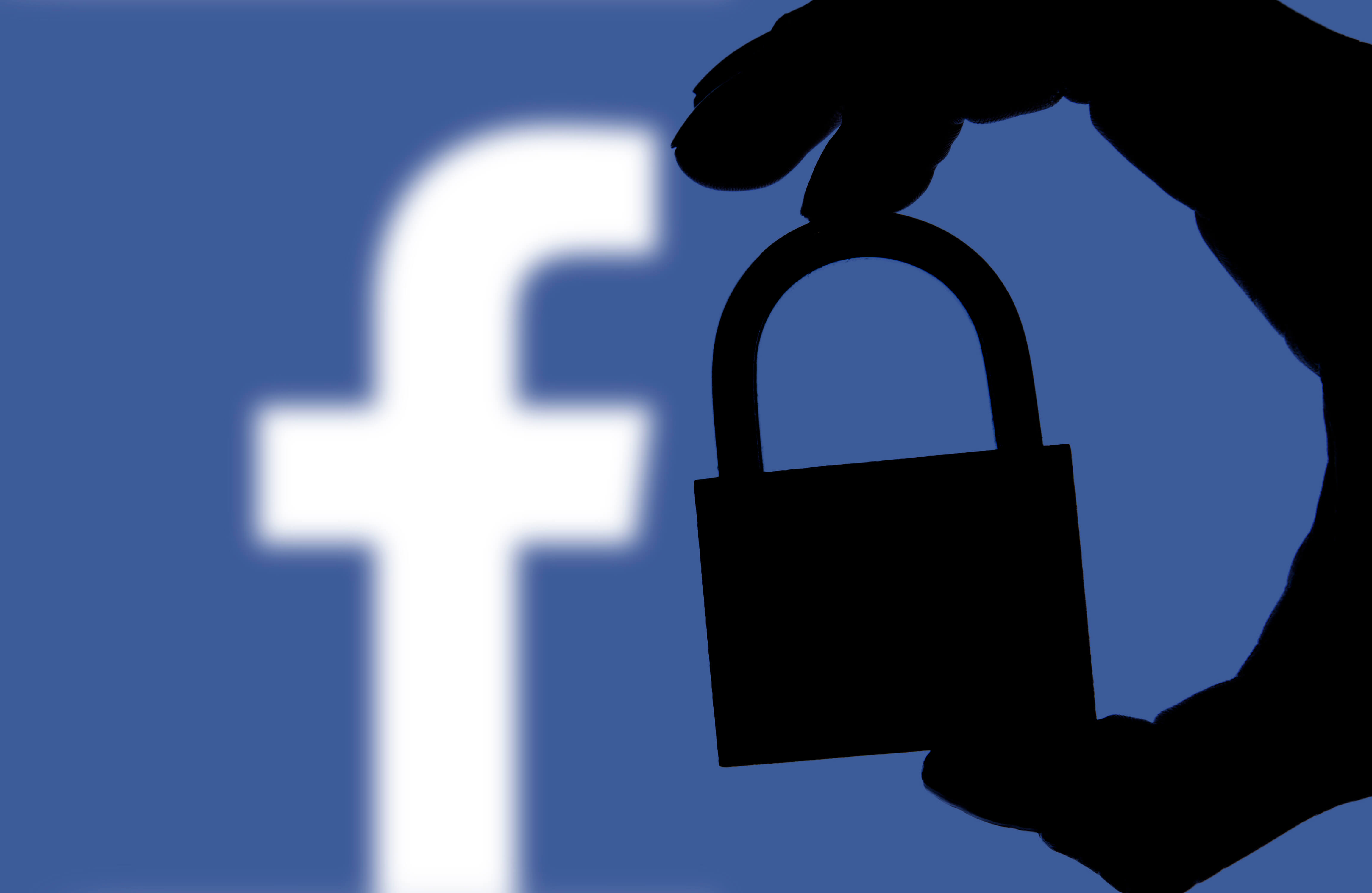 If your business runs Facebook advertising campaigns, then you’ll want to be paying attention to the latest set of privacy changes which are due to be enforced within the next week. At the time of writing, Apple has just confirmed that the roll out of iOS 14.5 will go live in the week commencing 26th April 2021.

The introduction of the latest operating system signifies a landmark for the enforcement of new privacy policies that have the potential to cause significant disruption to your Facebook advertising campaigns, especially if you don’t take the recommended actions prior to launch.

Apple has been on a crusade to increase user privacy online as far back as 2013, but things really started ramp up with the introduction of ITP (intelligent tracking prevention) which launched back in September 2017.

But with the official launch of iOS 14.5 on the horizon, this update also serves as a deadline for when app developers must comply with new App Tracking Transparency rules (refer to 2:26 timestamp). As you can imagine initially Facebook wasn’t too pleased with these changes, but it appears that Facebook has now accepted that rather than fight the changes, they must learn to adapt to them moving forward.

The changes are multifaceted, so we’ll touch on the following topics as we go:

Perhaps the most visible change to users will take the form of a new prompt when installing an App via the Apple App Store. This type of prompt is not necessarily new, in that you often need to grant an App specific device permission when installing, for example to: ability to read contacts, access the mic or camera etc. But, what is different about Apple’s ATT is that this permission approach now applies specifically to cross site -> app tracking and analytics data collection in general.

Prior to Apple’s ATT changes this kind of analytics based tracking would occur silently in the background with most app users none the wiser, and only the most technically savvy or dedicated enough to read through t&c’s and or privacy policy pages would have an inkling as to what was happening. But based on studies that have found 1% or less actually do read such pages, we can assume that’s definitely the minority of users.

By placing this opt-in upfront and asking for user consent in advance it’s fair to assume that more users are now likely to opt out of tracking on iOS 14 devices. This will in turn hinder the ability of ads personalisation features and performance reporting will be more limited than it was prior to this update.

What action should you take?

If you run App Install based campaigns, or you drive users to your iOS based Business App via Facebook campaigns, you need to perform the below actions to prepare for the update:

What’s changing for web based conversions?

If you measure web based conversions from Facebook campaigns, iOS 14.5 will bring with it further disruption in the ability to track user activity.

For a quick recap of the iOS based changes that have already taken place prior to the iOS 14.5 update refer to: ITP and iOS14 - Apple Just Made 10 Louder.

In short what this has meant is that third party cookies used by the likes of Facebook pixel tags to track user activity across domains (an example conversion journey which looks like: Facebook.com → YourDomain.com → Conversion), became more challenging without third party cookies.

Since our previous post on ITP and iOS, Apple has introduced Private Click Measurement (PCM). At a high level Apple says:

The basic idea behind PCM is that web-tracking should remain anonymous, but Ad Networks such as Google and Facebook should still be able to report back on clicks and conversions. Except PCM won’t rely on cookies or give these platforms the ability to track user activity across multiple domains or websites.

And unlike ATT used in app tracking, no user prompt will show for each website that uses PCM to monitor conversions and event tracking, since this is considered a browser based setting (not a specific website setting).

Apple’s plan is that eventually PCM will become a standard measurement framework which will apply to any web browser installed on an Apple iOS device.

So whilst it seems that tracking may get tougher without third party cookies in some respects, there is a silver lining to Apple’s PCM change which was introduced in the iOS 14.5 Beta - PCM will now support cross environment measurement such as App to Web measurement.

To adapt to Apple’s PCM driven changes, Facebook has introduced what’s called Aggregated Event Measurement, and in a similar vein to PCM will also limit domains to eight conversion events that can be used for conversion optimisation. Advertisers will need to select which of these eight conversions to optimise against as part of their campaign strategy.

Facebook has stated that: “Aggregated Event Management is analogous to Apple’s Private Click Measurement, but is designed to solve for key advertiser use cases not addressed by Apple’s proposal. Aggregated Event Measurement will continue to evolve with upcoming browser changes to help our advertisers support consumer privacy.”

What action should you take?

For Facebook’s web based pixel tracking, you should take the following steps if you haven’t yet:

Why does this campaign pause need to occur?

Facebook has explained that A 72-hour pause is to allow for 1 day to attribute an event after a click, and between 24 and 48 hours for the event to be reported.

The idea is that this helps minimise data inaccuracies. Also during this time period, any updated conversion events won’t be available for optimisation or reporting.

We presume this pause is necessary because of the restrictions introduced via Apple’s PCM and this change could disrupt and throw off any machine learning algorithms Facebook employs to help you with campaign optimisation.

What are the expected reporting limitations you’ll see going forward?

It’s important to note that the configuration and account limits imposed by Aggregated Event Measurement won’t apply until Apple begins to enforce their iOS 14 changes.

However it should come as no surprise that a consequence of the Apple iOS 14.5 change is increased reporting limitations around Facebook activity. This is due to the reliance on the Apple SKAdNetwork API for App install reporting and Apple’s PCM for web based conversions.

So let’s look at what some of these changes are:

Reporting data may now be delayed by up to 72 hours or three days. For iOS 14 app install campaigns, conversion events will be reported based on the time that they are reported to Facebook by the SKAdNetwork API and not the time they occurred.

Web conversion events will be reported based on the time the conversions occur and not the time of the associated ad impressions.

The knock on effect of delayed conversion reporting may also have a downstream affect on machine learning and conversion optimisation algorithms, which is one of the reasons mentioned above that ad campaigns will be paused when re-assigning your event priority.

Since not every user will opt-in or consent to tracking, Facebook will attempt to estimate what those user conversion numbers would look like if they did opt-in via machine learning.

Demographic, geographic and or device type breakdowns will no longer be supported for conversion reporting, this is in part due to Apple’s limitations around sending additional meta data with conversion events. This will make campaign optimisation more difficult, since you won’t be able to slice and dice conversions as easily as before.

These windows will be set at the Ad Set level and will default to a 7-day click attribution window, reduced from the older 30 day window. View through activity may be limited down to one day only.

You can now only report conversions from one website domain per ad. Third party cookies previously enabled you to measure one ad click and attribute multiple conversions across multiple domains.

With reporting limited to the campaign level only and extrapolated to the Ad Set (i.e. Modelled Conversions), optimising a specific Ad and its creatives will become difficult if not impossible.

For example: You may wish to restructure your account to have one specific creative per App install campaign (similar to the Google Ads controversial practice of Single Keyword Ad Groups aka SKAGs). However Facebook does have relatively low limits around the number of ad sets per account, which may ultimately limit how effective this is for you.

While for some of you trying to optimise the effectiveness of your campaigns, these limitations may be frustrating, it’s important to keep in mind that measurement frameworks like Apple’s PCM and Facebook’s response via Aggregated Event Measurement are still in the early stages of development, and we can picture new methods being developed to help fill the void left by third party cookies. Ultimately a more private web experience is better for everyone long term, but with any change, we do expect short term pain and speed bumps as we navigate through this industry transformation.